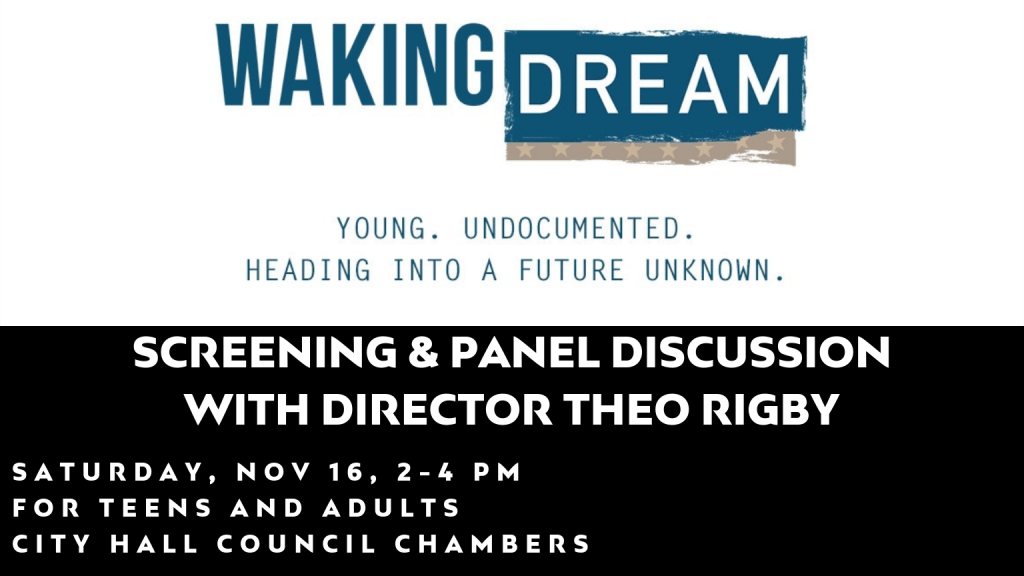 Join us for a film screening followed by a panel discussion with director Theo Rigby.

Waking Dream weaves together the stories of six undocumented young people as they sit in limbo between deportation and a path to citizenship. DACA (Deferred Action for Childhood Arrivals) has provided nearly 800,000 undocumented young people a chance to work legally, go to college, start businesses, and pursue the “American Dream.” After DACA is rescinded, Waking Dream follows the unfolding fate of six of these young people as they fight for legal status in the U.S., struggle with the deportation of family members, and pursue their dreams in a country that is trying harder and harder to push them out. They know their fate must go one direction and they are fighting for their future in America. 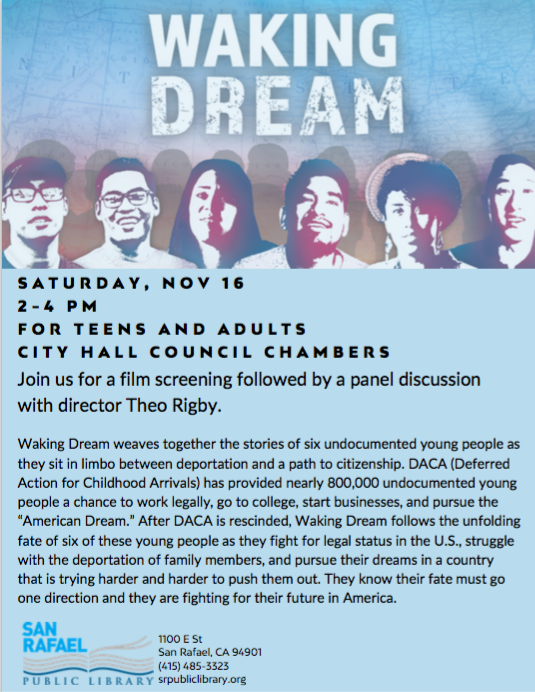 Join the ICE Out of Marin mailing list to receive the latest news and updates about our campaign.  Our goal is to make Marin County safe for immigrants and their families.