No Escape: What Trump’s Border War Looks Like From a Guatemalan Village 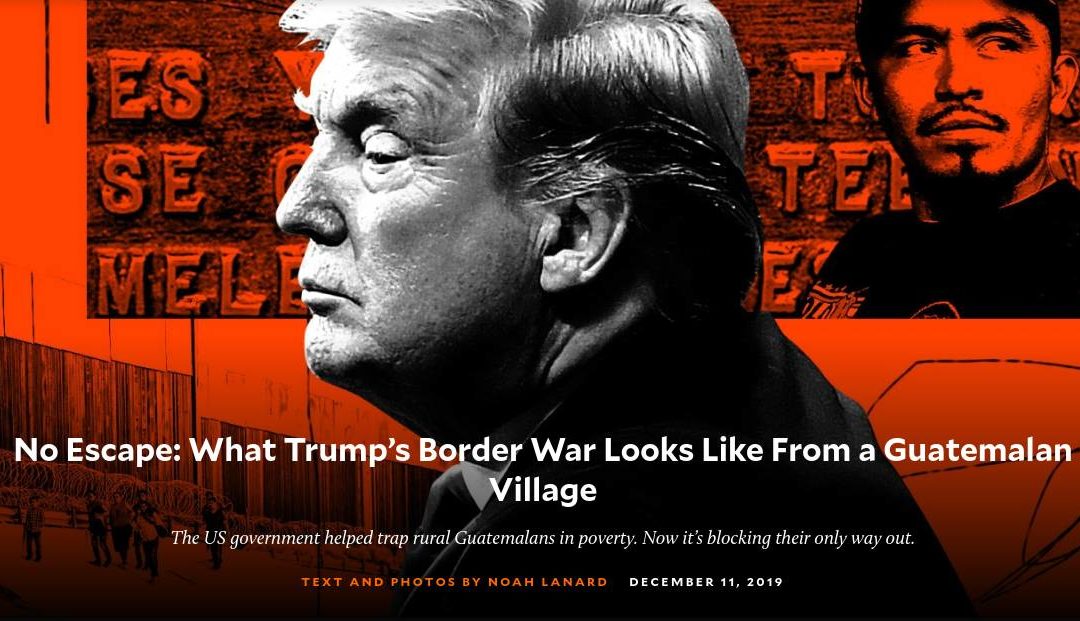 César López remembers the exodus that began last October. His older brother and 11-year-old niece were the first to leave for Tennessee. Two younger brothers followed, along with all three brothers’ wives and five more children. The dozen of them shared one roof in Nashville, which had suddenly become the top destination for López’s neighbors. Hardly anyone used to leave Chivaquito, a 700-person mountain village in central Guatemala that lacked electricity until 2016. This year, he estimates, 40 villagers left for the United States.

López considered going, too. The journey would have been expensive—$5,000 for a smuggler, plus 10 percent monthly interest, in a region where a day’s labor might pay $5—and dangerous. But López had few options in Chivaquito, where there was no steady work and a lack of rain was killing subsistence crops. He was better off than most, earning a modest income building furniture and selling it to neighbors. But to expand his business, he needed power tools that he couldn’t afford without earning a salary in dollars.

Join the ICE Out of Marin mailing list to receive the latest news and updates about our campaign.  Our goal is to make Marin County safe for immigrants and their families.